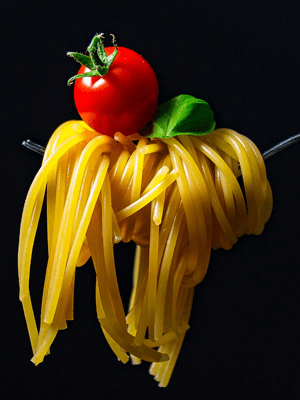 Have you ever seen an Italian nativity scene?

It has Jesus, Mary, and three wise guys.

Q: What’s the difference between an Italian grandmother and an elephant?

At the World Women’s Conference, the first speaker from England stood up:

The second speaker from America stood up:

The third speaker from Italy stood up:

A bus stops and two Italian men get on. They sit down and engage in an animated conversation.

The lady sitting behind them ignores them at first, but her attention is galvanized when she hears one of the men say the following:

“Emma come first.
Den I come.
Den two asses come together.
I come once-a-more.
Two asses, they come together again.
I come again and pee twice.
Then I come one lasta time.”
“You foul-mouthed swine, ” retorted the lady indignantly. “In this country we don’t talk about our sex lives in public!”

“Hey, coola down lady,” said the man.
“Who talkin’ abouta sexa? I’m a just tellin’ my friend how to spell Mississippi.”

Sophia just got married, and being a traditional Italian was still a virgin. On her wedding night, staying at her mother’s house, she was nervous. But mother reassured her. “Don’t worry, Sophia. Luigi’s a good man. Go upstairs, and he’ll take care of you.”

So up she went. When she got upstairs, Luigi took off his shirt and exposed his hairy chest. Sophia ran downstairs to her mother and says, “Mama, Mama, Luigi’s got a big hairy chest.”

So, up she went again. When she got up there, Luigi took off his socks, and on his left foot he was missing three toes. When Sophia saw this, she ran downstairs.

“Stay here and stir the pasta”, says the mother. “This is a job for Mama!”

A Italian man walking along a New Jersey beach was deep in prayer. All of a sudden he said out loud, “God, grant me one wish.” Suddenly the sky clouded above his head and in a booming voice the God said, “Because you have had the faith to ask, I will grant you one wish.” The man said, “Build a bridge to Italy, so I can drive over anytime I want to.”

God said, “Your request is very materialistic. Think of the logistics of that kind of undertaking. The supports required to reach the bottom of the ocean! The concrete and steel it would take! I can do it, but it is hard for me to justify your desire for worldly things. Take a little more time and think of another wish, a wish you think would honor and glorify me.”

The Italian man thought about it for a long time. Finally he said, “God, I have been married and divorced four times. All of my wives said that I am uncaring and insensitive. Here is my wish: I would like to know how to make an Italian woman happy.

After a few minutes God said, “You want two lanes or four on that bridge?”