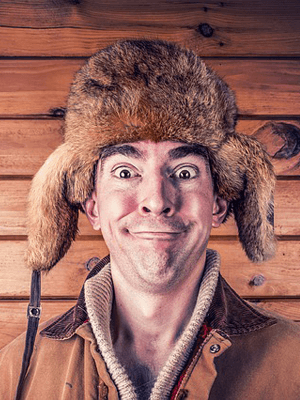 Why did the redneck put fireman’s hats on the 3 wise men in his nativity scene?

Because the preacher said they came from afar.

Emma Sue died during the night, and her husband Buddy called 911.

The 911 operator told Buddy that she would send someone out right away. “Where do you live?” asked the operator.

Buddy replied, “At the end of Eucalyptus Drive.”

The operator asked, “Can you spell that for me?”

There was a long pause and finally Buddy said, “How ’bout if I just drag her over to Oak Street.”

Two rednecks are drunk as skunks and are driving down the highway, when the passenger says “Hey be careful, they just said on the radio that there’s somebody driving the wrong way down highway 23 at exit 50 and the police haven’t got ’em yet. That’s right about where we are.”

The driver belched loudly, then replied “It’s a hell of a lot worse that they’re lettin’ on. Look! There’s at least a hundred cars drivin’ the wrong way on this highway.

Hard drive – Trying to climb a steep, muddy hill with 3 flat tires and pulling a trailer load of fertilizer.

Window – Place in the truck to hang your guns.

Modem – How you got rid of your dandelions. Usage: “We gonna modem dandelions”

Byte – Beginning of an insult, often followed by the word “me” or “this”

Cursor – The person doing the cursing. What some guys do when they are mad at their wife and/or girlfriend.

Tab – What you owe the bartender

Shift – How you get to a different gear.

Edit – Past tense of “eat” “Wher’d that leftover possum belly go?” ” You edit afore you passed out las nite.

Internet – Where her fish were when she caught em ( In er net).

Fonts – That really cool guy from the show, Happy Days.

Laptop – Where the stripper sits.