The History of Wine – When Was Wine Invented? 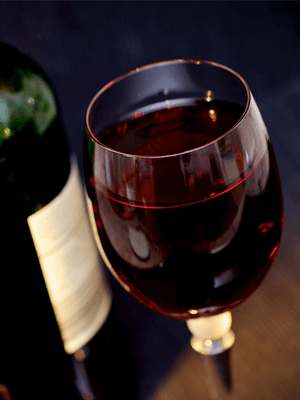 Wine has been the subject of several studies through the years to ascertain its benefits. In the past, wine was a necessity rather than a luxury because of the scarcity of drinking water.

It thus became a symbol of sustenance and life through the years. The following are the health benefits associated with wine consumption:

The origin of wild grapevine cultivation is uncertain. It is, however, hypothesized that early man came across berries and started collecting them. He then noticed they fermented after a few days to produce low-alcohol wine.

The tidbits below will trace the history of wine through different eras and places to boost your expertise in picking the right bottle.

The popularity of Persian wine in early times is well-known. The carvings on the Apadana palace, an audience hall in Persepolis, depict the soldiers of nations subjected to the Persian Empire giving the Persian king gifts.

Greek mythology has Dionysus as its god of wine owing to his discovery of viticulture at Mount Nysa. In the Bible, the first mention of wine is in the making of the same by Noah after the Great Flood.

In Persian mythology, wine was discovered by a lady who took remnants of grapes believing them to be poison after her banishment from king Jamshid’s harem.

Her spirits were lifted, and she took her findings to the king, who decreed all grapes in Persepolis be used for winemaking.

Wine had a crucial role in the ceremonies of ancient Egypt. With the start of grape farming in the Nile Delta in c. 3000 BC came the establishment of a thriving royal winemaking sector.

The winemaking industry was most probably the result of trading activities between Canaan and Egypt in the early Bronze Age. Red wine was the predominant one in ancient Egypt.

Owing to its blood resemblance, there was a lot of superstition tied to wine drinking.

Shedeh was the most precious beverage in early Egypt. It was erroneously assumed to be made of pomegranates but has since been proven to be a red wine variety.

The pharaohs neither drank wine nor offered it to the gods before the reign of Psammetichus. This is because they believed it was the blood of the soldiers who had died and become one with the earth then supported vine growth.

This was also thought to be why people lost their senses when they drank wine as they were filled with their ancestor’s blood.

The aromatic white wine called retsina is a popular Greek wine. Its flavor is believed to be borrowed from an ancient practice of using tree resin to line wine jugs for a distinct character.

Ancient sources and the Greek Theophrastus describe a technique of using partially dehydrated gypsum that is then fermented and lime added to reduce acidity in Greek wine.

Wine in Homeric folklore is often served in mixing bowls instead of being consumed in its undiluted state. The earliest allusion to a named wine has been traced to the 7th century in a lyrical poem by Alcman.

Here, the poet praised Denthis as flower-scented. This wine was from the slopes of Mount Taygetus.

With an emphasis on viticulture and increased economic demands, alcohol consumption increased.

As such, Greece increased wine production to expand its economic growth throughout the Mediterranean. Greeks also introduced winemaking to modern-day Spain, Italy, and southern France.

Wine in the Roman Empire

Wine was an essential element of the Roman diet. Winemaking was a lucrative business, and all major winemaking regions in Western Europe were set up during the Roman imperial period.

True alcoholism and widespread drunkenness have been shown to have begun among the Romans in the first century BC. With the exponential spread of viniculture, Emperor Domitian in AD c. 92 passed wine laws that banned the establishment of new vineyards in Italy.

Winemaking technology significantly improved during the Roman era with the building of north-facing wine storage rooms that had constant conditions.

This era also saw the introduction of smokehouses that sped up or mimicked aging as well as diverse grape cultivation techniques and varieties.

The Romans also produced a predecessor to the current appellation system as different regions gained a reputation for their wines.

Wine was mixed with minerals and herbs, perhaps for medicinal purposes. The upper classes mixed it with pearls for improved health.

With the fall of the Roman Empire in the fifth century, the Roman Catholic Church preserved the grape cultivation and winemaking expertise for mass.

Wine in the middle ages was the social drink for those in the south since grapes were cultivated here. Though exported to the north, the wine was only partaken by the upper classes since it was expensive.

Ensuring a constant wine supply was crucial because of its role in the catholic mass. The Benedictine monks were the largest wine producers in Germany and France. They were later followed by the Cistercians, Carthusians, Templars, and Carmelites.

Homemakers of the merchant classes and servants in noble households served white or red wines with every meal. There were also recipes for masking and spicing wine flavors and making mead (honey wine).

Wine in medieval Europe was stored in barrels and was thus not extensively aged. One of the applications of wine in this era was using snake stones dissolved in wine to treat snake bites.

Wine in the New World

In the 16th century, Mexico became a leading wine producer such that its production exceeded Spain’s output. The Spanish king, in response to this competitive nature, ordered a stop to Mexico’s wine production.

Though American wine was considered inferior to European wine, its favorable tasting in 1976 at the Wine Tasting in Paris increased the respect for new world wine.

Australia had its first vine cuttings in 1788 from South Africa. The country had successful vineyards at the beginning of the 19th century. Australia exported its wine to the U.K while South African wine was shipped to the European kings.

One of the interesting technologies in winemaking today is the micro-oxygenation of the product. This technology reduces a few of the risks linked with the aging of red wine using conventional methods.

In conventional winemaking, the wine is put in cork-sealed bottles then cellared for aging. In modern winemaking, the tiny pores in the cork will let in just enough oxygen for the wine to aging.

The process allows the softening of natural tannins and lets the natural flavor of the wine to develop.

In general, the resultant wines are more stable in color, smoother and less harsh than other wines.

DNA sequencing is another notable trend in winemaking that has enabled producers to trace the spread of wine. They compare and contrast wines from different regions to get ways of improving flavors and getting the same wines in different geographical areas.

Wine history spans thousands of years and is intertwined with the history of civilization, agriculture, cuisine, and humanity. The above tidbits have hopefully broadened your understanding of this history.

You cannot appreciate the history of wine without knowing about champagne. Champagne is, after all, among the proudest things in wine history.

The primary element that sets champagne apart from standard wine is the pressure in its bottles that causes an explosion when opened. It has thicker glass compared to standard wines to withstand the pressure.

Other than pressure, champagne undergoes a second fermentation process with extra yeast. The carbon dioxide then produced causes the formation of bubbles.