The answer to whether beer goes bad is a bit complicated. As a kind of alcohol, beer will certainly go bad after a while, but the shelf life depends on the beer style and the storage conditions. 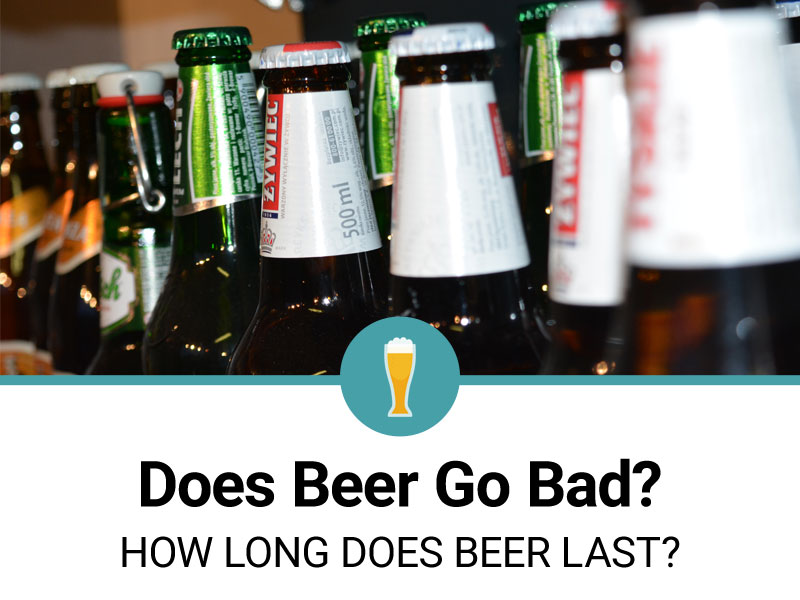 Most cans and bottles feature a best before date rather than an expiration date.

The beer will not necessarily be bad by the time stated,  as it will only mean that it can be sup-bar when compared to the production standards of the brewery.

Why Does Beer Go Bad?

The life a beer continues even after it is packaged and sealed, and like any living product, it will be affected by various things.

Except for infections during brewing, beer will also be impacted by heat, oxygen, and light.

Skunky beer is commonly associated with over-exposure to light. Among the primary ingredients used to make beer are hops, which gives the beverage its flavor.

Hops are added to worts in the course of the brewing process. Boiled hops will expel iso-alpha acids into the brewing liquid.

Sunlight will, however, break down these acids to form compounds that link with proteins containing sulfur. The chemical created is what gives skunky beer its smell.

The case of skunky beer has been documented by brewers since 1875. This is why beer will typically be packaged in brown containers.

Clear glass provides no protection against light interference, which is why beer in these kinds of glasses should be stored more carefully.

Oxygen is required to promote yeast growth during fermentation, and brewers will typically aerate beer prior to pitching in the yeast.

The yeast will then use all the oxygen in the beer to grow, but oxygen is regarded as a contaminant once the fermentation process is over.

Any amount of oxygen in finished beer will quickly spoil the beverage and destroy its long-term flavor. If a beer was sealed with oxygen, it will soon oxidize and go stale.

The effect will be worse if the heat and motion caused the oxygen to move in and out of the beverage repeatedly.

Oxidation effects can range from the darkening of the beer to unwanted aromas and flavors.

Beer enthusiasts have reported various aromas associated with oxidized beer, including sherry-like flavors, metallic-like notes, and honey-like aromas. The oxidation process can only be slowed down through proper storage.

Beer spoilage bacteria are among the problems faced by breweries. They include several Gram-negative and lactic acid bacteria that spoil beer through acidity and turbidity.

This problem is more prevalent in small-scale breweries, which do not apply sophisticated quality-control measures due to limited resources.

Bacteria like pediococcus and lactobacillus cause beer to have unpleasant and bitter flavors. Pediococcus will also hamper with the fermentation process and result in reduced fermentation rates.

Can Expired Beer Make You Sick? 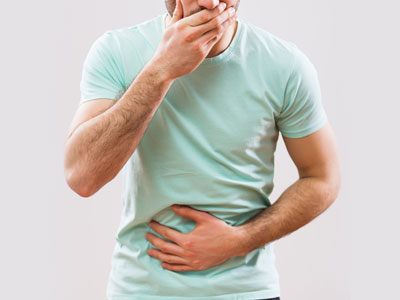 Can Expired Beer Make You Sick?

Since beer is alcohol, any germs that form in the liquid will not live.

It is mostly okay to consume expired beer since it will not have any of the fungus or bacteria that characterizes bad food. The taste of the beer will, however, be disappointing, or even disgusting.

Beer ages with time. Part of the aging is traced to oxidation, which can only be slowed and not avoided.

The alcohol concentration in the beverage informs the speed of the natural reactions in the beer. Beers with higher alcohol content by volume will generally have a longer shelf life.

Fresh beer is always better to consume than old beer. Old beer, however, will not make you sick, although you can experience stomach ache at worst.

Expired beer should not be confused with infected beer, and you can tell the difference by:

How to Read Beer Expiration Dates? 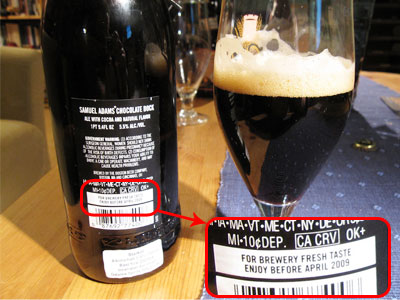 Breweries will rely on date codes to indicate the freshness of beer, which will vary from brewery to brewery.

Some breweries will omit the date stamps, and you will have to depend on taste or smell.

First locate the stamp on the beverage. It can either be on the label or the shoulder or neck of the bottle. The codes will be mostly be printed on the bottom of cans.

If the code is not stamped in a bright color, hold the container against the light to see it clearly. In some cases, the stamps will be stamped on the case packaging of the beer.

Most data codes are either packaging dates or shelf-life dates. The former is represented by the phrase “bottled on,” packaged on,” “canned on,” or “filled on.”

Some breweries use Julian dates to stamp the packaging code, which can be difficult to decipher.

The codes will mostly include the time, date, year, and even the tank number.

The dates vary between manufacturers, and you can use an online resource to interpret them.

Shelf-life dates determine the date by which the beer should be consumed, and it is advised by the brewery.

These dates can be identified by “drink by,” “sell by,” or “best before/by.” Most brewers use the 60-120 days window, although the specific time will depend on the beer style.

This date is mainly a pull-date, meaning that retailers should remove the beers from shelves after they pass this shelf-life date.

Some breweries are relying on more straightforward dating systems like the “Born On” dates.

How Long Can You Keep Beer in the Fridge? 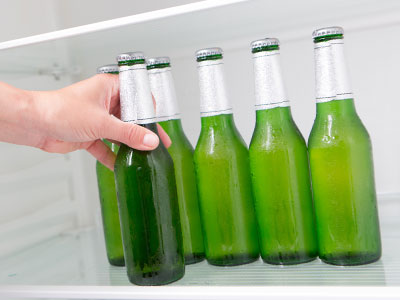 How Long Can You Keep Beer in the Fridge?

Refrigeration is the ideal way to store both fresh draft and manufactured beer.

The best temperature for beer storage is between 45 to 55 °F, but you can set lower values for capped bottles and cans.

The cool temperatures and the dark conditions will slow down oxidation, which is among the factors that cause beer to go bad.

Unopened beer in cans and bottles will typically last for six to twelve months in good conditions. You can only hold off oxidation for so long, however, and the beer quality will eventually begin to decline.

Opened beer, on the other hand, will only be good for a day of refrigeration.

Does Beer Go Bad in the Freezer?

Alcohol has a lower freezing temperature when compared to water. Additionally, the sugar in the beer will also reduce the freezing point.

You can, therefore, only keep beer in the freezer for a little while. If left for too long, pressure will build up in the can or bottle, and either force the can off or break the container entirely.

Will Beer Go Bad if Left in the Sun?

Beer will last for a few months under room temperatures, but warmer conditions will cause it to go bad.

If you take beer from your refrigerator and set it under the sun for some hours, the bottle will begin to get extremely hot.

High temperatures will act as a catalyst for the oxidation process in the beer. The effects will be worse if sunlight exposure is long.

The effects of sunlight on beer will also depend on the kind of bottle it is stored in. Brown bottles will offer a high degree of protection, as will cans, casks, and kegs.

Green bottles and clear ones will provide the lowest protection.

The shelf-life of a beer depends on the style and storage conditions. Storing beer is a bit like keeping wine, that is it should be positioned in a dark and cool area.

When people talk about skunky beer, they mostly mean the taste that comes with a lightstruck beverage.

Light speeds up the oxidation process in a beer, making it go bad earlier than its indicated shelf-life.

Drinking old beer is not necessarily bad, and you will not get sick from enjoying a can of expired beer. To extend your beer’s shelf-life, refrigerate it and do not expose it to sunlight.