What is Lager Beer?

Home » Guides » What is Lager Beer?

Lagers and ales are the main types of beer. Ales are several years older than lagers that are about 200 years old. Most beer drinkers wonder what sets lager apart from ale. 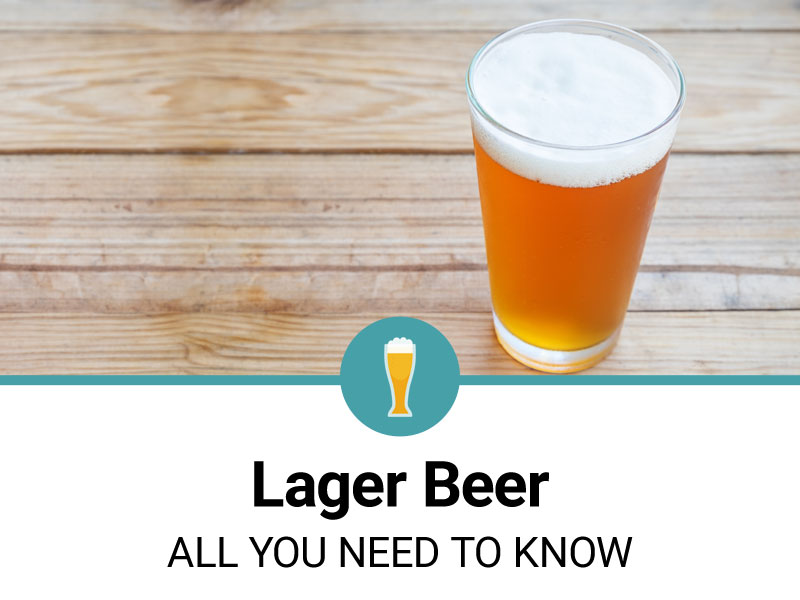 The simple answer is yeast. The yeast for ale fermentation reduces beer at temperatures of 12-21 degrees Celsius.

Lager fermentation, on the other hand, happens at 3-10 degrees Celsius.

The cold temperature used for lager fermentation means that beer will have a longer maturation time compared to ale.

The process also mellows lager beer to lend it a cleaner and more natural taste.

Another crucial point in lager brewing is its storage. A hybrid yeast called Saccharomyces pastorianus ferments the yeast in lagers from the bottom.

As it slowly moves to the top of the storage container, the yeast completely breaks down complex sugars to make premium beer.

The following are other tidbits to boost your knowledge of lager beer.

Lagers were accidentally discovered in the 1500s. People noticed that they got a crispier beer when they stored brews with cold-resistant yeast for some weeks.

Lagers were, however, introduced to the historical lager-brewing Bavaria region in the nineteenth century when Bavarians started experimenting a new brewing technique.

This technique involved the storage of beer in a cold cellar for extended periods using bottom-fermenting yeast.

Before the introduction of refrigeration, German brewers filled their cellars with ice that would keep the beer cold. They would also plant chestnut trees to keep their cellars cold with their dense spreading canopies.

Modern beer gardens borrow their concept from the habit of serving beer on these storage sites. The development of refrigeration is closely entwined with lager.

This is because it enabled brewing of lagers all-year-round in places where it’s summer brewing had been banned.

The brewing of lager is a technique that includes different styles. As such, there is a style for all drinker tastes. Here are the styles of lagers on the market.

The name Dunkel is the German word for dark. Dunkel is a classic lager from Munich. It is made of dark roasted malts that give it a tinted red color ranging from mahogany to amber.

The flavors in Dunkel include chocolate nuts, bread and coffee. Its bitterness and alcohol content are relatively low.

Schwaezbier is also a German beer that comes from the eastern region of Thuringia.

The rare style of Schwarzbier is characteristically ruby-black to dark chestnut with a sophisticated taste of licorice, bitter chocolate and malt. It also has mild bitterness, a smooth, dry finish and low alcohol content.

Pilsner is a pale lager that can be German or Czech. German pilsner has spicy and delicate hops. These generate a light color and clean taste.

Czech pilsner is full-bodied and golden because of its floor-malted barley. Pilsners are famous for their subtle bitterness, low alcohol content and refreshing crispiness.

The most famous of amber lagers is March beer that is also called Oktoberfest. This beer has a crisp, sweet flavor.

Vienna lagers are also amber lagers but use light roasted malt rather than marzens. Amber lagers have slightly higher alcohol contents compared to other lagers at 5%.

“Mass-market lager” is a general term that describes an easy-drinking pilsner that is adapted for mass appeal. Its golden hue and white head resemble a pilsner’s, but it does not have the latter’s hoppy flavor or full body.

Bock is a German beer that is strong, warming and malty. There are several types of bocks, including rich dark doppelbocks, creamy light-colored maibocks and sweet dark American bocks.

These have alcohol contents of 6-10%. The Eisbock is a flavorful and strong beer with an alcohol percentage of 9-13% because of its freeze distillation.

How to Serve Lager Beer?

It is typically recommended that lager be served cold. The only exception to this is when serving bock that is best drank when close to room temperature.

Dark lagers are usually served in pint glasses or mugs while pilsners are poured into a pilsner glass.

Amber lagers are served in steins while bocks are poured into stemmed goblets. When serving lagers, tilt the glass at 45 degrees then pour them slowly.

Lagers are in general, the excellent choices for food pairings with amber lagers being the most versatile. Amber lagers will pair well with burgers, pizza, roasted chicken, hearty chillis and beef stroganoff.

While there are many lager brands on the market, here are the most popular ones:

In moderation, it will protect you from gastrointestinal, kidney and heart conditions while regulating your sugar levels.

With these tidbits on lagers, you now know what to expect when ordering them and how best to enjoy your beer.