10 Most Popular Beers in the World

Home » Guides » 10 Most Popular Beers in the World

Beer is a beloved alcoholic beverage around the world, and it is even part of the culture in some countries. 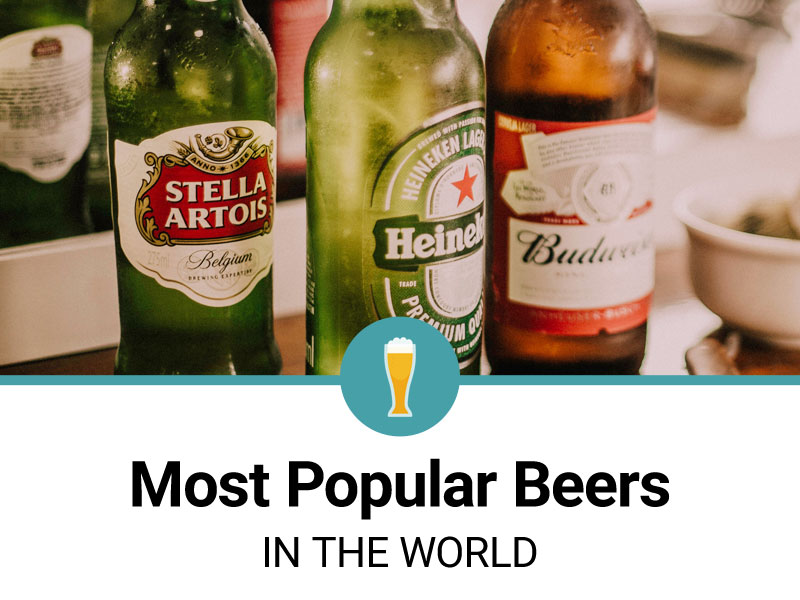 The countries with the highest consumption of beer double as beer producers.

The Czech Republic is famed as the home country of pilsner, and the Czechs drank 143.3 liters of beer per person in 2016.

Other beer capitals include Austria, Germany, and Ireland. A significant chunk of the world’s popular beers are unknown in the US, and they include:

Snow is the world’s best-selling beer, which is interesting because most people outside China have never heard of it. This lager has its origins in Shenyang city, Liaoning Province, and it is named for its white foams

Over 101 million hectoliters of the beer were sold in 2017, which was twice the amount of Budweiser sold worldwide. Snow beer commands almost 30% of the Chinese beer market.

The beer has a relatively short market history, having been launched in 1993. It is mostly produced in Beijing, although it enjoys massive popularity in North-East China.

Snow beer is mainly sold in China, where it is preferred for being cheap and easy to drink, in addition to having only a mere 120 calories.

Budweiser is a popular beer in the US, although it has been witnessing declining sales across the country.

Budweiser is one of the flagship brands of the Belgian brewing giant AB InBEV, the other one being Bud Light.

Budweiser, or the king of beers, was overthrown by Bud Light for the top spot among American beer drinkers in 2001.

AB InBEV has been promoting Budweiser in other markets like China, South Africa, and Australia. The company ran an expensive 2018 FIFA World Cup campaign to boost the growth of Budweiser in emerging markets

and improve its sales volume, which was 29.2 million hectoliters in 2017.

Tsingtao beer enjoys 15% of China’s beer market, and its sales volume was 49 million hectoliters in 2017.

The history of the brew goes back to the short-lived German occupation of the Chinese city Qingdao. The Germans drew mineral water from the Laoshan spring and used their traditional brewing methods to make a pilsner.

Tsingtao is the most popular Chinese beer, and it is sold in over 70 nations worldwide. The brewery runs the Qingdao International Beer festival every year to promote Tsingtao beer and popularize beer culture.

Bud Light is the light beer flagship of AB InBEV. It is the top-selling beer in the US, where it faces stiff competition from Coors Light and Miller Lite.

Bud Light was launched in 1982 as an American-style light lager with a crisp aroma and fast finish. Its low ABV and low calories make it a favorite among American beer drinkers.

AB InBEV shipped over 33 million barrels of Bud Light in 2017, and about 44.8 million hectoliters of the drink were sold in the same year. It is sold internationally in Sweden, Ireland, Canada, Colombia, and Mexico.

Skol is the 5th top-selling beer in the world. Its Swedish name alludes to the beer’s Scandinavian inspiration, although its current largest market is in Brazil.

The beer was first produced in Alloa, Scotland, by Ind Coope breweries with equipment sourced from Sweden. About 35.1 million hectoliters of the beer were sold in 2017.

Skol is recognized as Brazilian beer, although it is produced and marketed by different brands in other regions. Carlsberg retains the license to manufacture and distribute the beer worldwide except in South America and Africa.

The beer is sold in Romania, Turkey, China, Singapore, and Malaysia. Unibra sells the brew in African in countries like Rwanda, Burundi, Angola, and Madagascar.

Heineken is perhaps one of the best-known beer brands in the world, and it is sold in a notable green bottle with a red star.

This Dutch brew is produced by Heineken International and sold in over 170 countries. An estimated 34.3 million hectoliters of Heineken were sold in 2017.

Heineken’s history began with a brewer named Gerard Adriaan Heineken, who convinced his affluent mother to purchase the De Hooiberg brewery in Amsterdam.

From the get-go, Heineken was keen on the quality of his brew. He used ‘Yeast A’ and specialized his fermentation technique to get a crisp and unforgettable taste. This quality earned the beer medals in Paris and Amsterdam.

Today, Heineken enjoys worldwide popularity, thanks to its marketing strategies. Its ads are notorious for having surprising twists, and it sponsors celebrated sporting events like the UEFA Champions League.

Harbin, also owned by AB InBEV, is the oldest beer brand in China. The company has introduced the brew in North American and European markets, but you will have more luck finding it in ethnic Chinese supermarkets in the US.

This pale lager has an abv of 4.8%, and it is currently marketed as a millennial drink in China.

Harbin has been sponsoring e-Sport events to attract 18-29 years old Chinese males who actively engage with such activities. The brand’s disruptive marketing strategies seem to be working as it sold 29.9 million hectoliters of Harbin in 2017.

Yanjing beer is produced by the Beijing Yanjing Brewery, located in China’s capital. The brewery began production in 1980, and it reached a production capacity of 57.1 million hectoliters in 2013.

This state-owned brewery is the 3rd largest brewery in China, and Yanjing beer enjoys popularity in Beijing, Inner Mongolia, and Guangxi.

Corona is another beer brand of AB InBEV, and the Cerveceria Modelo brewery produces it in Mexico.

About 28.8 million hectoliters were sold worldwide in 2017, and it was also the top beer imported in the US in the same year.

Coors Light is notable for its mountain icon that includes two peaks. The brew’s history goes back to 1978 when the Coors Brewing company first produced it.

It is currently manufactured in several US states, including Colorado, Georgia, Virginia, and Milwaukee, and it is the second-best-selling beer in the country.

The world’s most popular beers include notable brands like Heineken and Budweiser, as well as brews that are sold almost exclusively in China, like Snow and Harbin.